Ask Lianne Priede, Content Marketing Manager, to share her perspective on Women’s History Month, and she’ll share a story that began generations ago with her grandparents in Cuba and continues today in the successful path her own generation is blazing in the U.S. 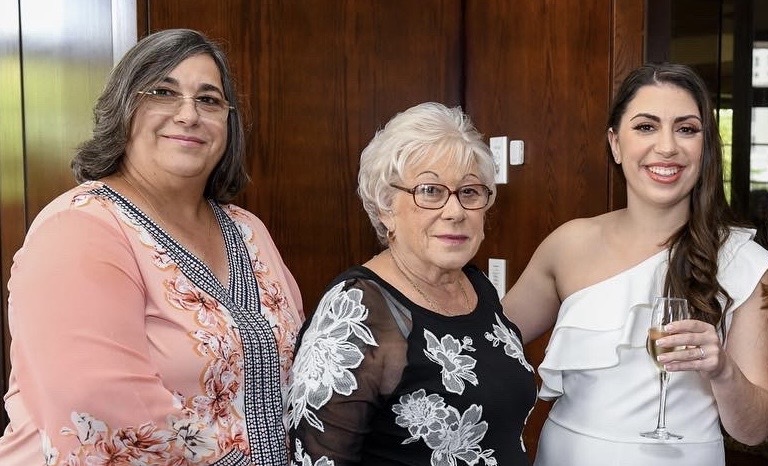 “My grandparents are from Cuba, and they raised their family there in the ‘30s and 40s,” explains Lianne, pictured here with her mother, Lilliam, and grandmother, Elena.

“In those days, in Cuba, women stayed home. They left school at 12 or 13; they married young and had children young. When my mother was born in Cuba, the expectation was that she would do the same, but she wanted more.”

That desire for more led Lianne’s mother to push back against those cultural expectations. “The Cuban government required young people to take tests to determine their career and educational paths. My mother wanted to be a doctor, and she studied very hard for the test so that she could get approved to pursue a medical education and career. She passed, but when my grandparents decided to move to the U.S. for a better life, the government disqualified her because of our family’s so-called capitalist views. In the end, they came to the States and she got a job cleaning a local building while she attended classes at a university in South Florida, but she ultimately had to stop and focus on work so she could care for her family.”

Though her mother’s dream of becoming a doctor was never realized, another dream was born: the dream that the next generation - Lianne’s generation - would not be hindered by any obstacles in the pursuit of their own aspirations.

“She made sure we went to the best schools, and she pushed us to be better and do better,” Lianne says. “She did not want us to miss any opportunity. Even if it meant driving us to a school 45 minutes away, she did it. She never let us settle. And we haven’t.”

As the first in her family to earn both a bachelor’s and a graduate degree, Lianne discovered a talent for content creation, and while working as a contract writer for the National Cancer Institute, she discovered her own dream: developing content that serves to help patients receive the best care possible.

“Everyone has been touched by cancer, but it is especially important to me,” she says. “I lost two very close family members to cancer, and I loved the opportunity to tell patient stories and promote public education.”

Though she was working in a career she loved, and doing something she was personally passionate about, she needed more, and that need is what brought her to Aledade.

“I wanted the opportunity to grow professionally and personally,” says Lianne. “When the pandemic happened, my life circumstances changed. That really put things in perspective for me, and I made the decision to leave in pursuit of a place where I could flourish. I found that at Aledade. Here, I found the support I needed for a healthy work-life balance and extremely caring, supportive leadership. That means something to me, not just as a woman, but as a person, that this is a very people-focused company.”

Finding a company that allows her to thrive personally and professionally while doing something she cares deeply about, is a rewarding step on her own personal journey toward success. And for Lianne, it is a journey rooted in the sacrifices made by the generations that came before her.

“My grandparents love us so much; they sacrificed so much for us, and I respect them so very much,” Lianne says. “They’ve taught us that life is short; try to make the best of every day, and try to make the lives of others better, too.”

That, she says, is the advice she shares with the next generation: to heed the words of her mother before her and never settle.