Aledade wasn’t actually my first start up. It was my third. And Farzad’s fourth.

They just all happened to be in the government before. Farzad had already launched a new program at the New York Department of Health when I joined him to focus on providing public health-focused health technology to providers in underserved communities. I then joined him at the U.S. Department of Health and Human Services (HHS), where we launched the effort to connect physicians all across the country with electronic health records.

We were at HHS in the early 2010s because we had found a gap. We knew that health information technology had the capability to empower doctors the way that old school paper records never could. We knew that if technology could pull together the data a doctor needs, provide an insight in the right way directly into a doctor’s workflow, it could transform care. At the same time, we knew that the federal government was doing everything it could to figure out how to reward physicians for doing the right thing. But no one had put the two together.

That’s when we realized something. The people with the ability to direct most of the health care resources in our entire system had the fewest resources themselves. We learned that, in every dollar spent in American health care, primary care controls where 85 cents of that dollar go. But they only get about 5 cents themselves. We wanted to get more resources to these physicians, but there was a market failure, and no one was looking at this group of independent primary care docs.

After a while of pushing from within HHS, Farzad said, “I’m going to go off and research this,” and he headed to meet with the folks who were on the bleeding edge of value-based care. And in April 2014, I decided it was time to leave the federal government and help him out. 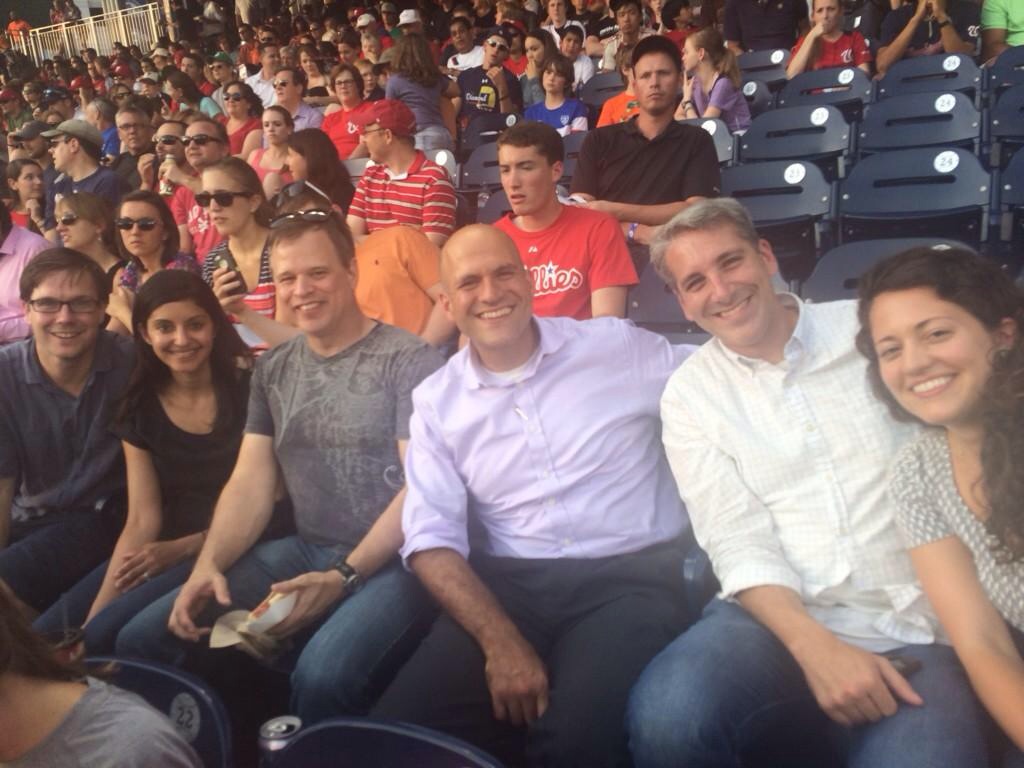 In June 2014, eight years ago, we launched Aledade.

It was a little crazy. We were public health guys. We didn’t know business. And even worse, we thought we knew what we were doing. All of our assumptions were rosy. All of our charts went up to the right. We thought they were very rational. And it took some thoughtful and careful education from a group of amazing investors to help us learn what we needed to do next.

When we closed our round of seed funding, we signed the paperwork ourselves (we couldn’t afford to hire a lawyer yet) and then started planning for a celebration at Johnny’s Half Shell on Capitol Hill in Washington, DC, right after the National Association of ACO’s annual conference. We felt like we hit the big time, but we still had no marketing materials to share with anyone, and I was still even using my personal Gmail. That night, we celebrated with a handful of friends and colleagues, and wondered what we had started.

Today, Aledade turns eight. We just welcomed our 1,000th employee. We now work with more than a thousand practices across 36 states and DC. We just closed a Series E round of funding. And we found out we can now say that we’ve saved the health care system more than a billion dollars over the past eight years by helping patients get more care, not less.

We have had so many amazing Aledaders come to this company and take a great idea, early in its conception, and evolve it into something solid and lasting. Today, when we look around the industry of value-based care companies and primary care enablers, they’ve hit some rough waters - stock prices have dipped, revenue losses have hit bottom lines and some are even going through layoffs.

But we’re not. We’re growing. And that’s because we were right all along about a simple idea: If you give primary care professionals - the all-too-often overlooked heroes of American health care - the tools, tech and team to help them succeed in this new world of value-based care, they will blow your socks off. And then they’ll save a lot of lives. Now that we’ve achieved those overly ambitious targets from our early days, we’re only going upwards from here - we can see a future where providers can finally get paid for keeping patients healthy.

Today, I look around at our team of Aledaders, and I am amazed. This team took an idea that was early in its conception and evolved it. And we’re continuing to evolve it. And it’s making a difference. To be clear, our journey hasn’t been easy, but now we’re uniquely strong. And I’m incredibly proud. So, happy birthday, Aledade - we look forward to the progress and many milestones that lie ahead.